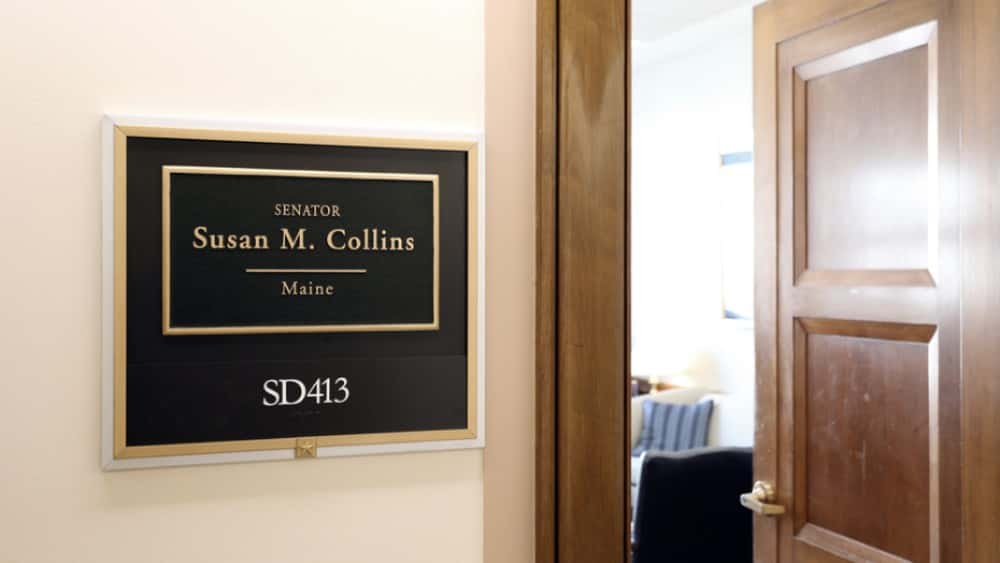 A hazardous materials team was sent to the home of Republican Sen. Susan Collins on Monday, this after her husband received a letter with a note saying the envelope contained ricin. The FBI said preliminary tests on the letter and its contents indicated that there was no threat to the public, and the senator and her husband were allowed to stay in the home Monday night. It was unclear who sent the letter and why. Annie Clark, the senator’s spokeswoman, said “today’s incident is the latest in a series of threats against Senator Collins, her loved ones, and her staff.” The senator’s husband, Thomas Daffron, was at home when the letter arrived on Monday, but Collins wasn’t there. Collins issued a statement, expressing her thanks to first responders and other agencies participating in the investigation. The investigation into the letter, its contents and origin, is ongoing.

Via abcnews.go.com
A spokeswoman says Republican Sen. Susan Collins has been cleared to stay in her Maine home…
10/16/2018 4:31 PM