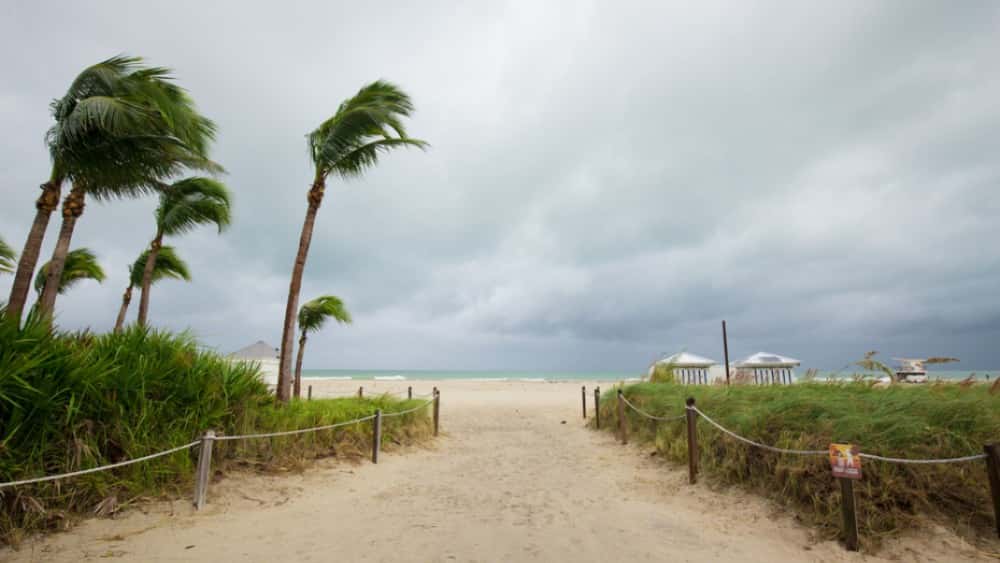 A weather system moving quickly toward the central U.S. Gulf Coast became a tropical storm Monday morning, bringing the threat of storm surges, strong winds and heavy rain to millions in the Southeast. Tropical Storm Gordon was about 15 miles west-southwest of Marco Island in Florida, as of Monday afternoon, according to the National Hurricane Center. Maximum sustained winds were clocked at 50 mph and the system is moving west-northwest at 16 mph. Gordon could be near hurricane strength when it makes landfall along the central Gulf Coast. Florida Gov. Rick Scott said the biggest impact is expected to be heavy rain. At 8 p.m. on Monday, Gordon’s top sustained winds had accelerated to 60 mph, was about 385 miles east-southeast of the mouth of the Mississippi River and was moving west-northwest at 17 mph. The weather service projected that it would turn north in the next couple of days and that it was likely to make landfall as a hurricane somewhere along the central Gulf Coast overnight Tuesday.

Via feeds.foxnews.com
A system moving quickly toward the central U.S. Gulf Coast is expected to become a tropical…
09/03/2018 2:15 PM